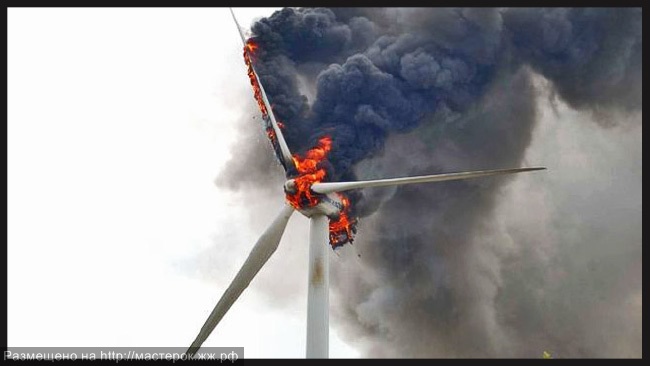 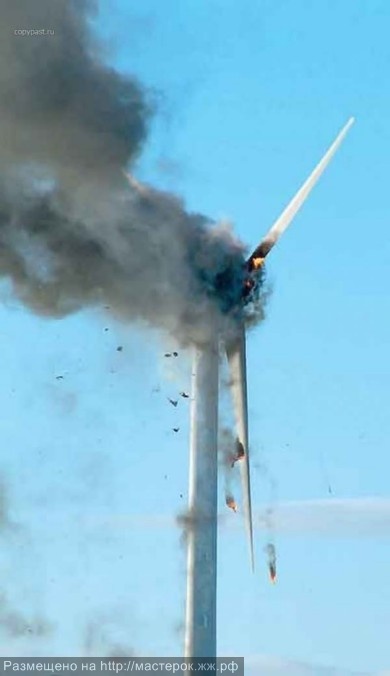 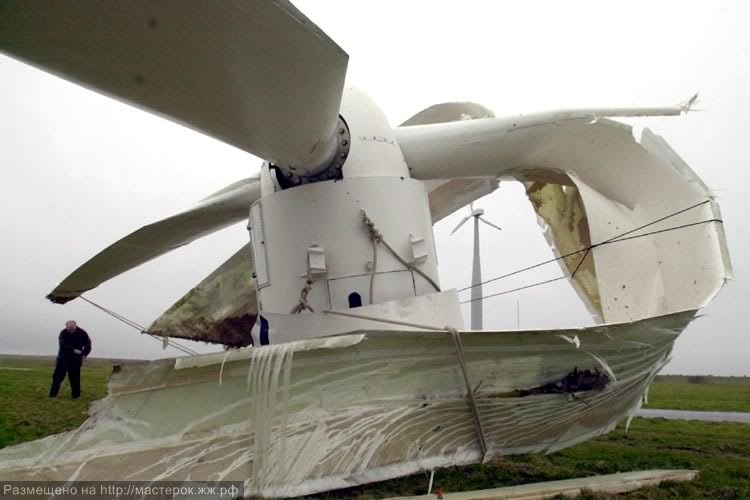 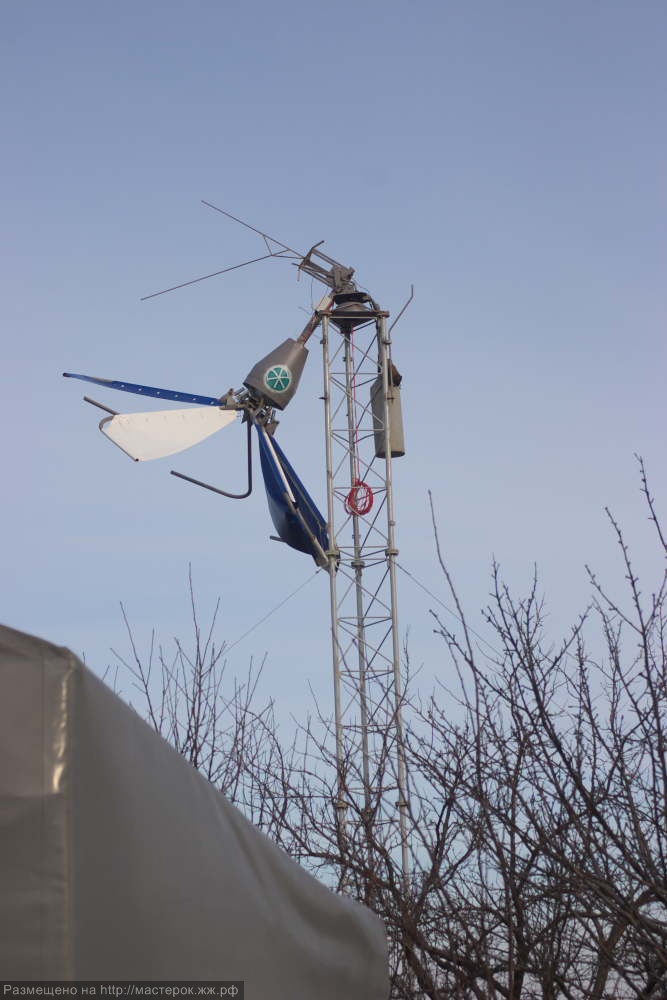 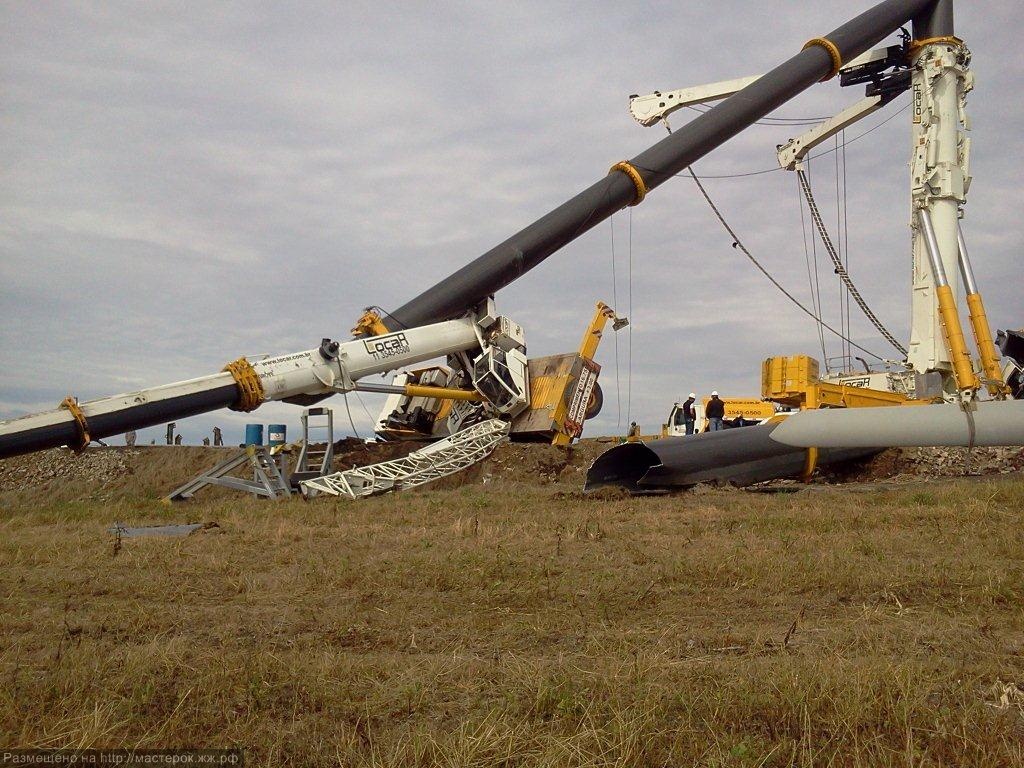 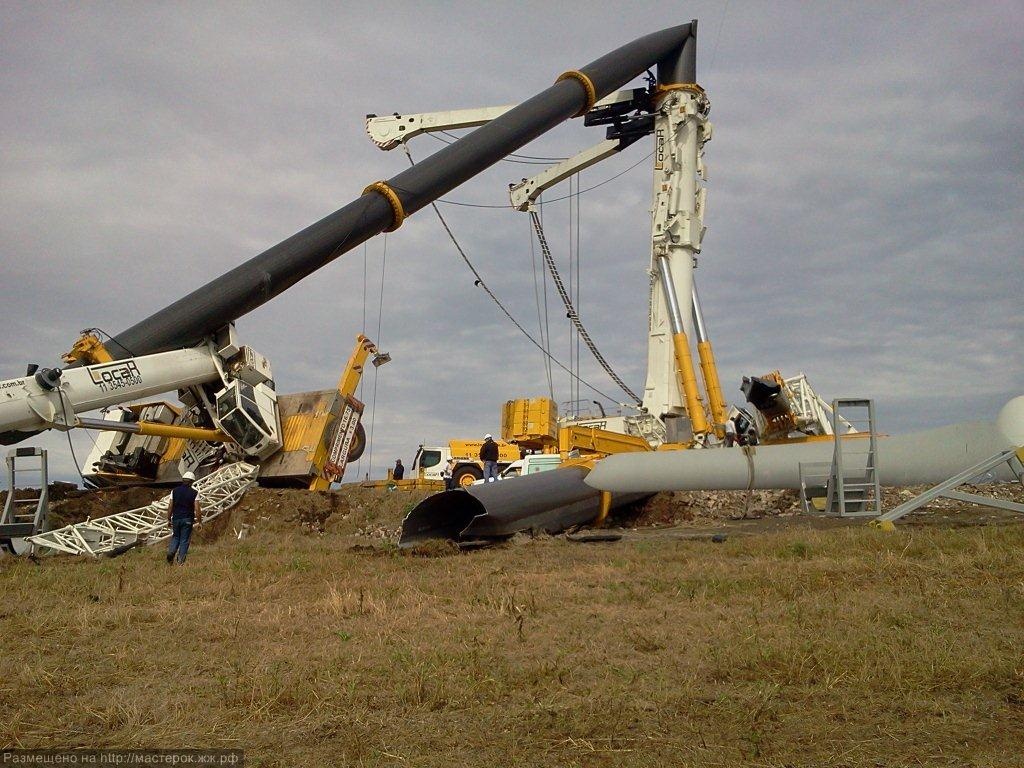 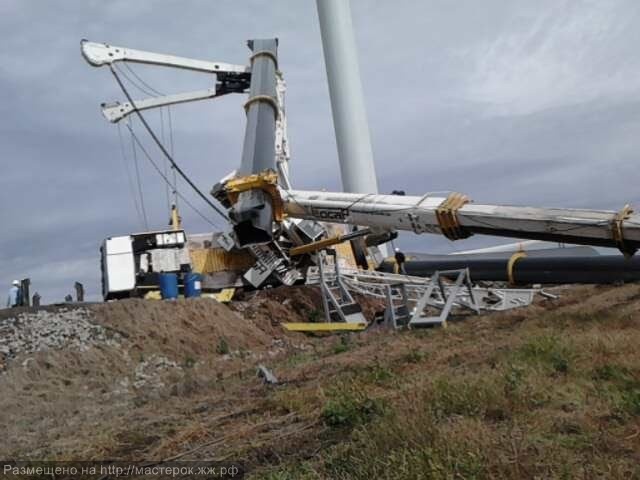 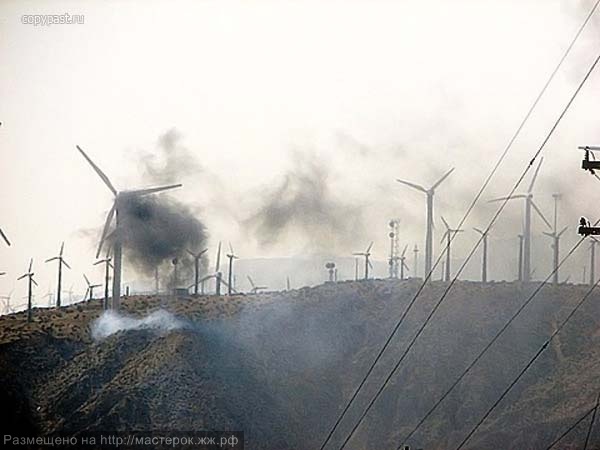 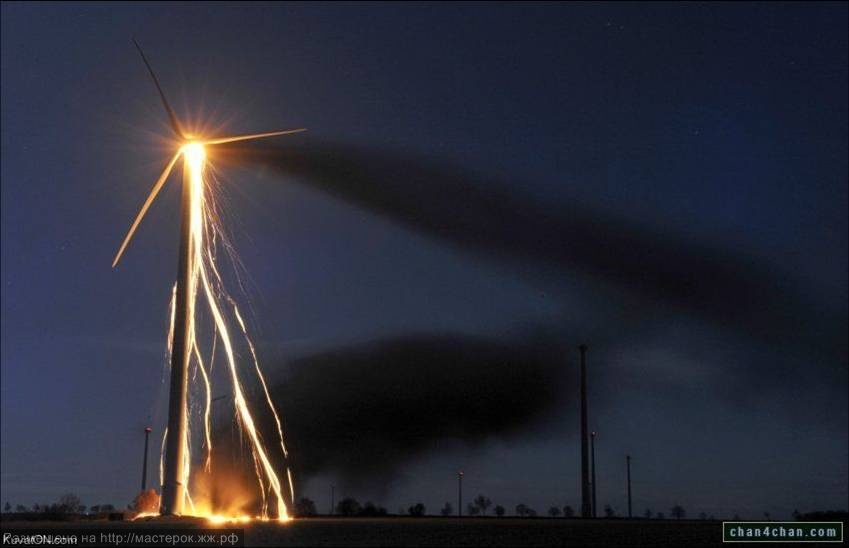 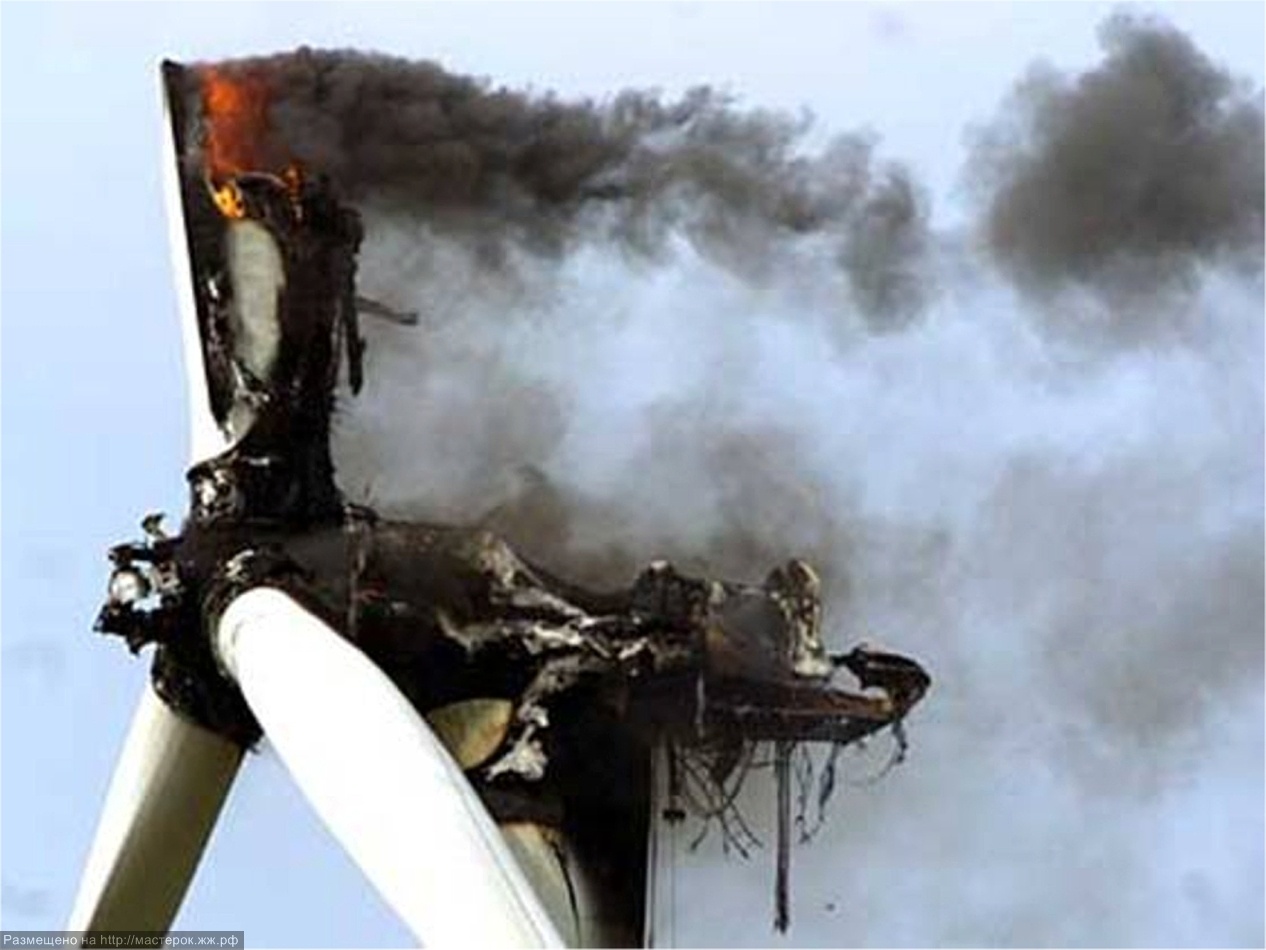 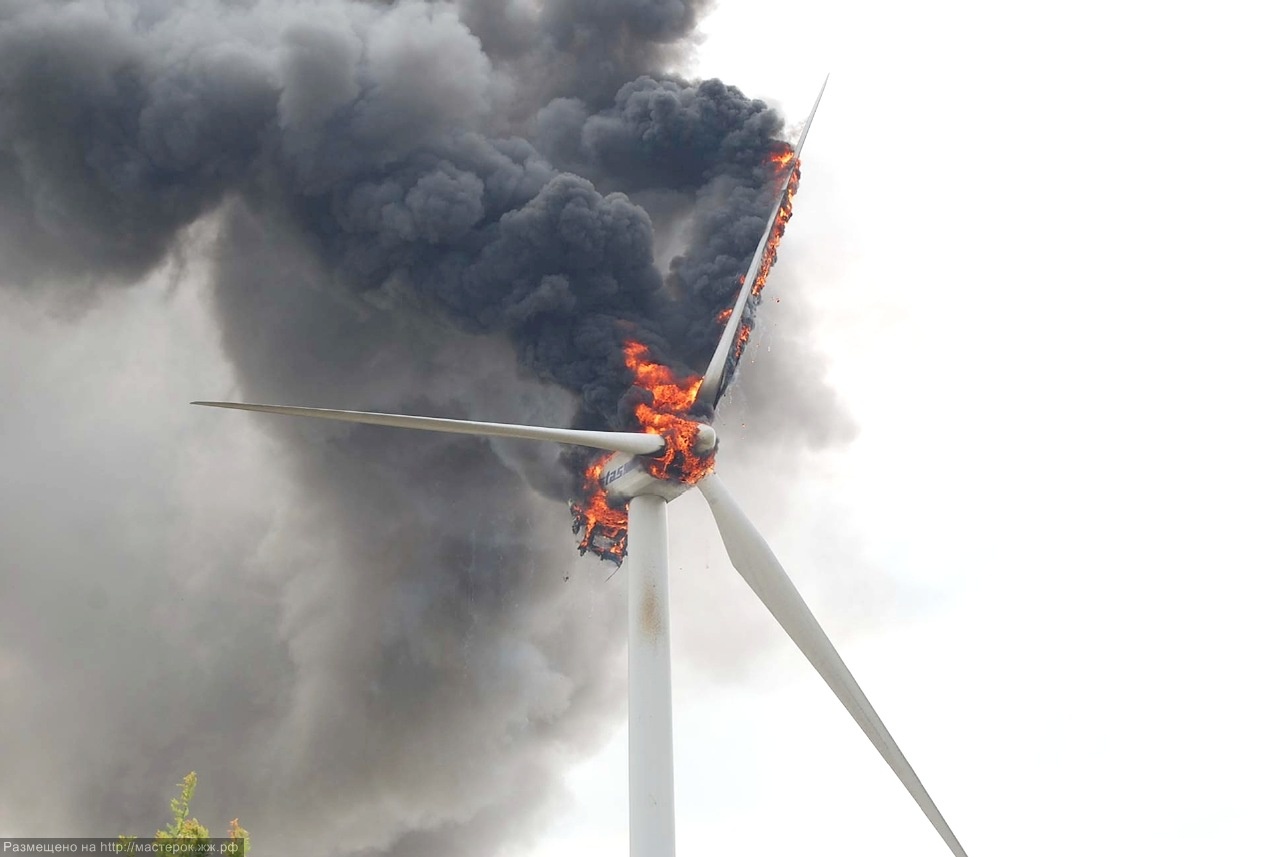 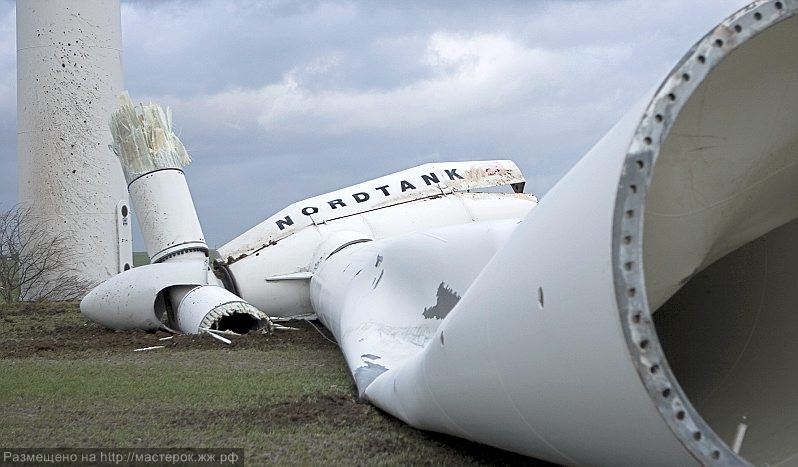 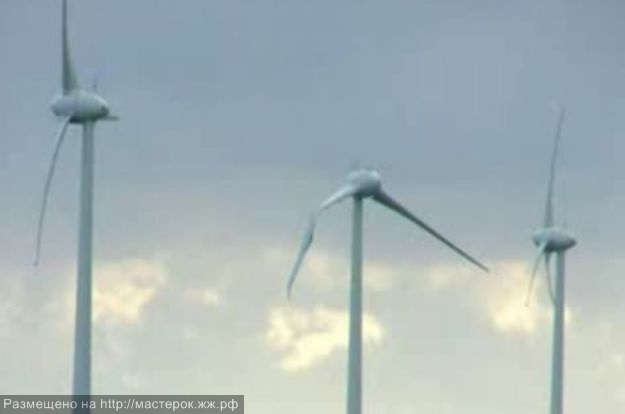 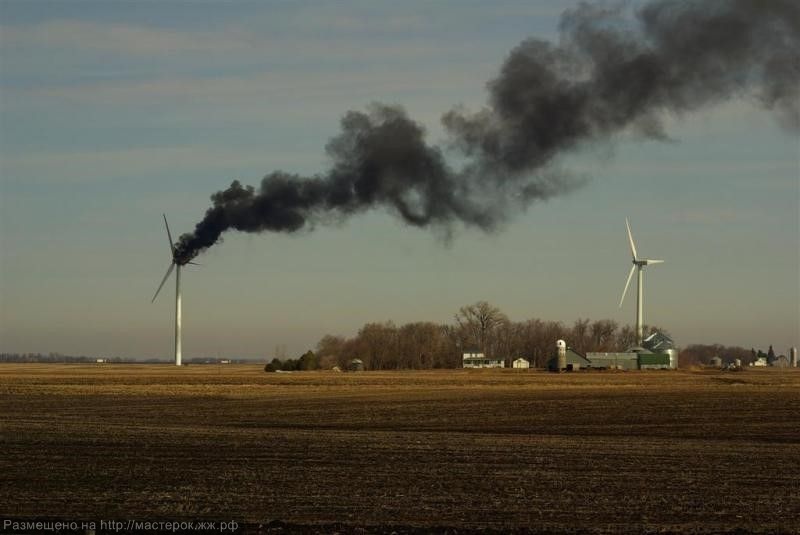 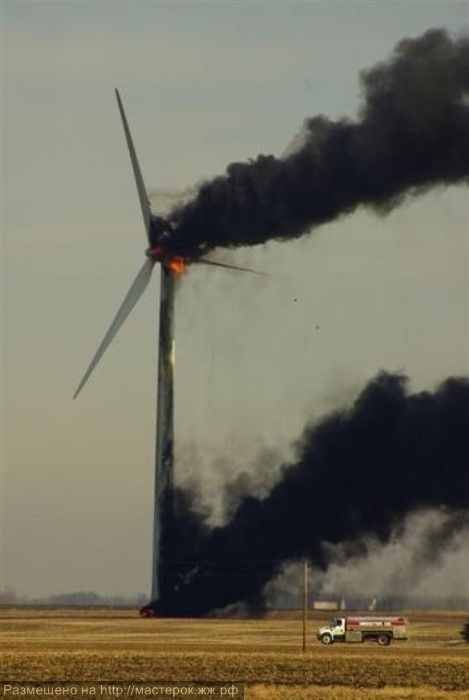 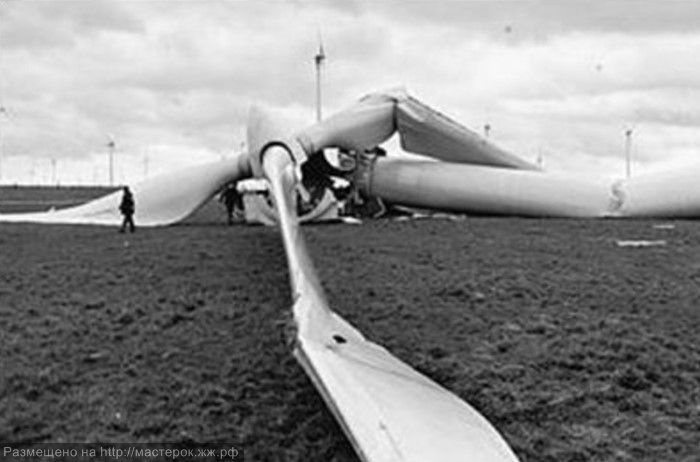 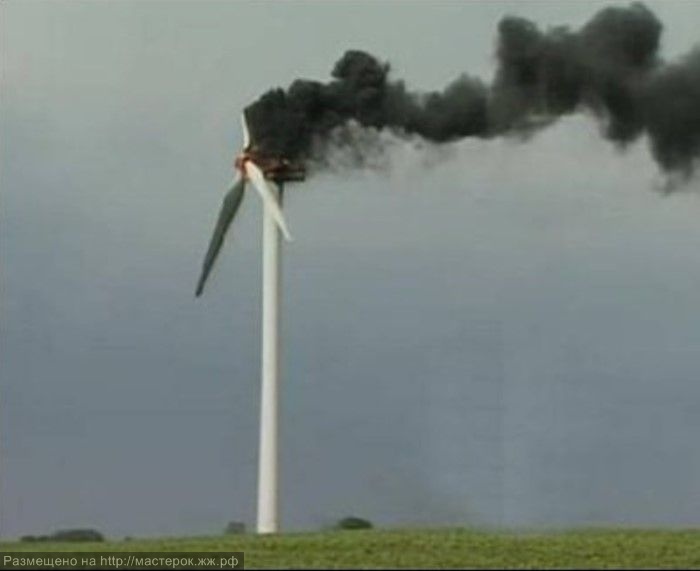 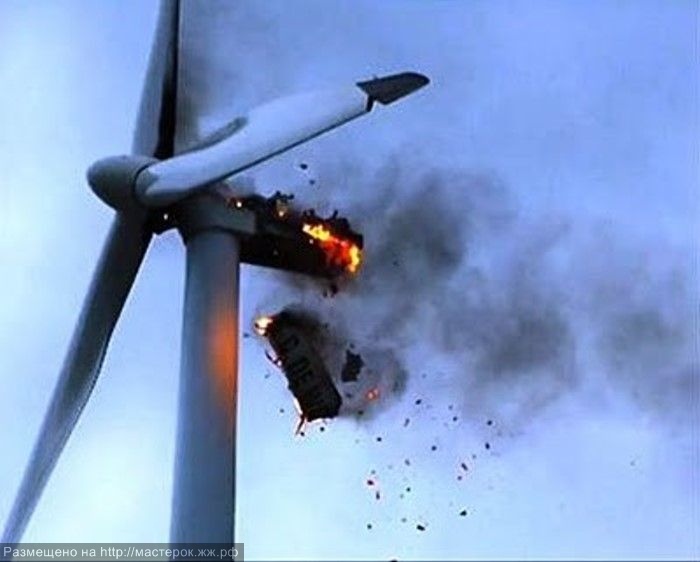 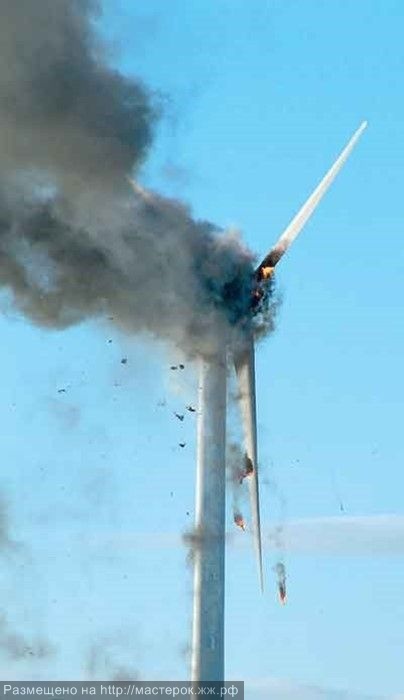 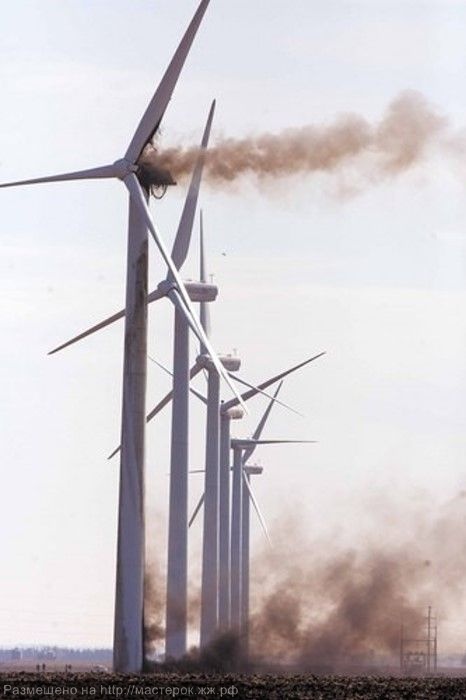 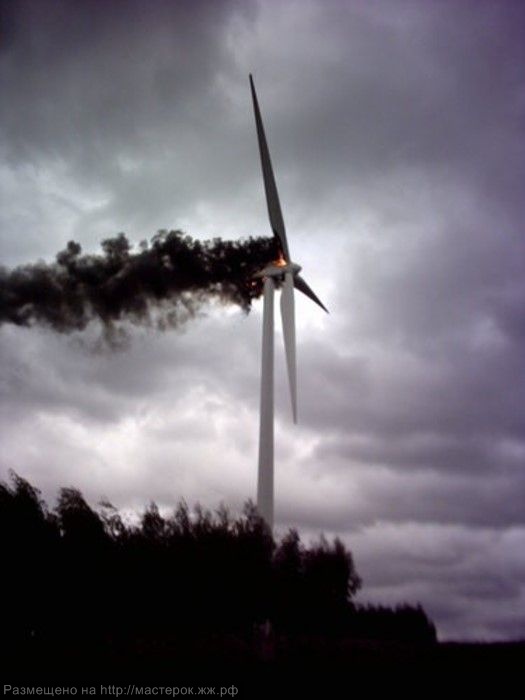 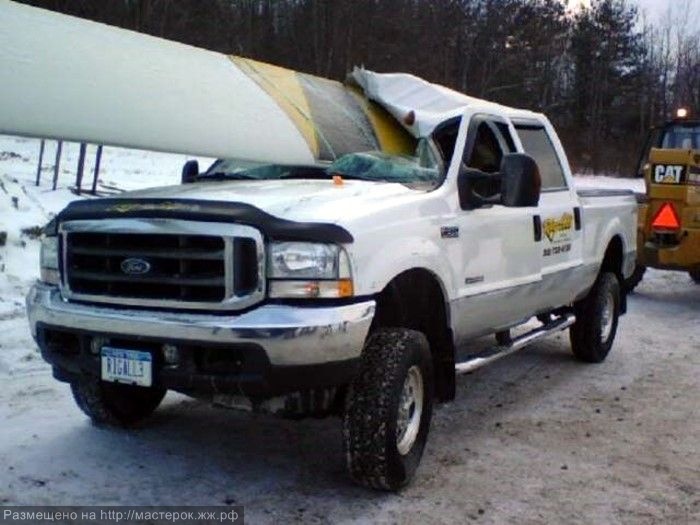 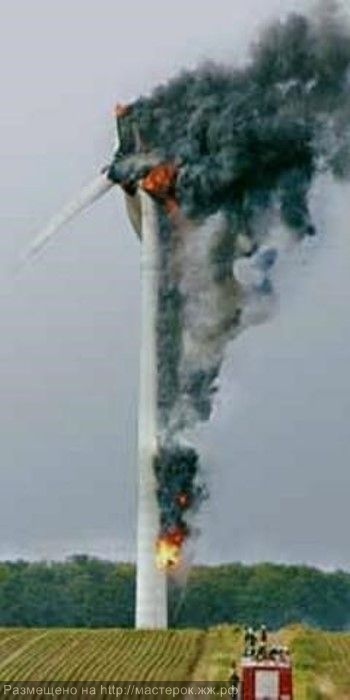 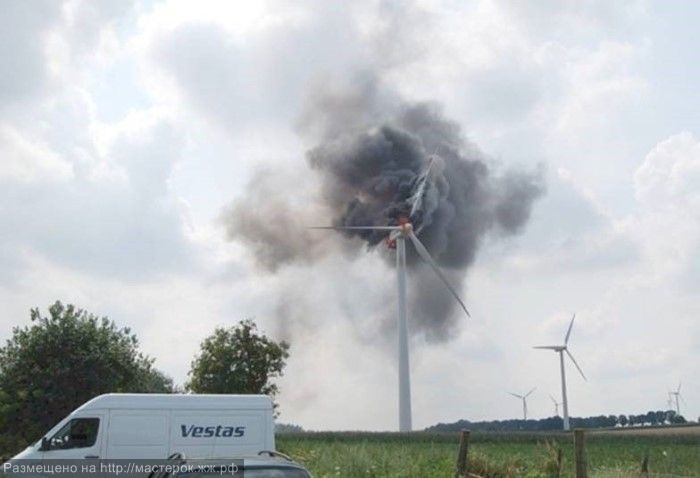 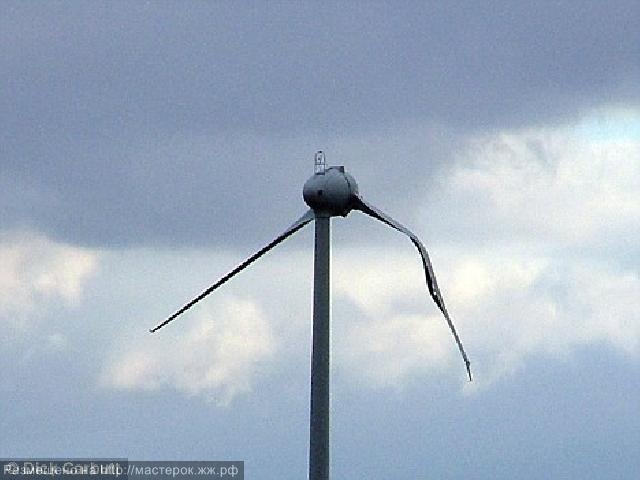 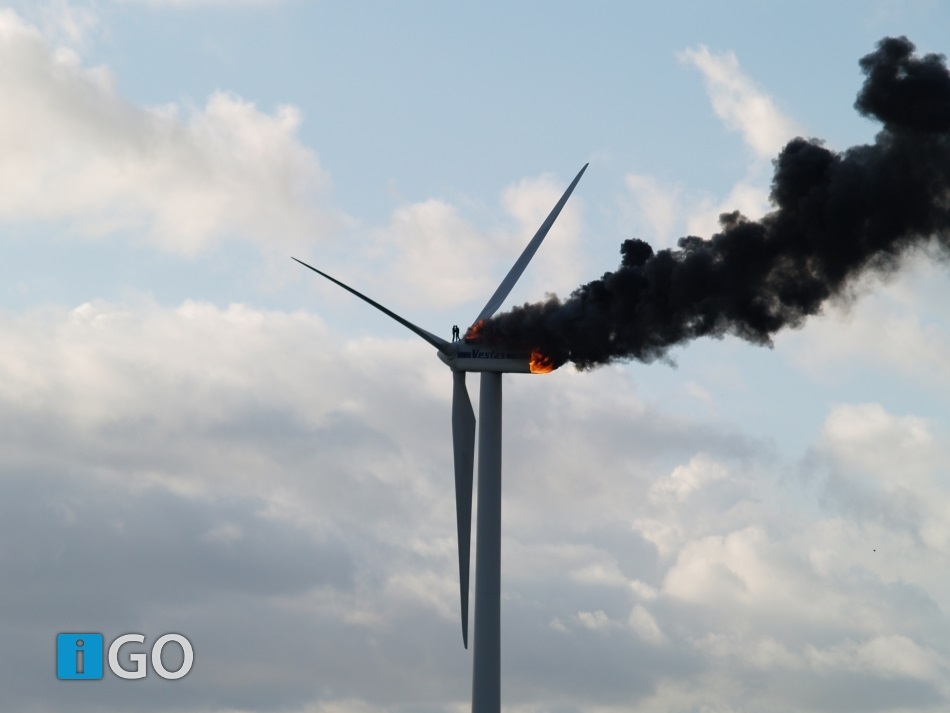 Could Vestas’ fire-prone turbines be installed in East County?

October 31, 2013 (Netherlands) – Two young mechanics, ages 19 and 21, died when a fire broke out in a wind turbine where they were performing  routine maintenance.  The tragedy occurred at Deltawind’s Piet de Wit wind farm in the Netherlands, but highlights the hazards associated with fires caused by wind turbines.

According to the Netherlands Times, “because of the height, the fire department initially had trouble extinguishing the fire in the engine room.”  The fire started in the afternoon, but it took until evening for a special team of firefighters to arrive and ascend with a large crane.

One victim was found on the ground beside the wind turbine; the other body was recovered by the specialized team.   Two other mechanics escaped safely.  A witness reported seeing two men jump through flames into a staircase.

Cause of the fire has not yet been determined, but Deltawind has suggested a short circuit could be the cause.  The turbine was a 1.75 megawatt Vestas V-66.  Troublingly, these turbines are being sold by secondhand dealers online to buyers who may have no knowledge about the potential fire hazard.

Tule Wind, an Iberdrola project has been approved by Supervisors and the federal government for construction in McCain Valley near Boulevard in East County.  That’s a cause for concern among firefighting experts, since aerial drops by firefighting planes can’t be done above 500-foot-tall turbines (fire drops work best at 100 to 350 feet), nor can firefighters be put at risk to battle blazes beneath whirling blades hurling off burning debris. Moreover, Boulevard’s fire station has been closed most days over the past three months.

Mark Ostrander, a retired Cal Fire battalion chief,  testified to San Diego’s Planning Commission that wind turbines in McCain Valley, along with Sunrise Powerlink, “will hamper aerial firefighting.”  He warned, “If we have a fire start in a wind area, we’re going to have to wait until it comes out, for the safety of the firefighters.”

But who is going to protect the safety of campers, hikers, or residents near the recreational area if a wildfire starts at Tule Wind?  (Even in a best case scenario with turbines that function properly, there is still increased risk of fire due to towering turbines attracting lightning strikes, as has also happened at wind facilities around the world. View a photo, posted on the Weather Channel.) Is putting hundreds of lightning rods up across fire-prone East County, where some storms have caused over a thousand lightning strikes in a single weekend, really a good idea?

Iberdrola has purchased Vestas turbines at some of its other projects.

Iberdrola also has an agreement to purchase at least half of its turbines through 2022 from Gamesa, another company with a track record of turbine fires, as ECM previously reported. http://www.eastcountymagazine.org/node/10644

Gamesa turbines have also been linked to two turbine fires in Pennsylvania, including Iberdrola’s Locust Ridge project in 2009 and another fire at North Allegheny Ridge (not owned by Iberdrola) in 2012.  Iberdrola previously had issues with Gamesa turbine blades whirling off chunks of turbine debris at the same facility. ECM has previously reported on these issues and other turbine safety concerns  in an April 4, 2012 report, “The Dark Side of Green.”

Both Gamesa and Vestas have warned of problems in older models installed in the late 1990s and early 2000s.  However fires at plants with more recent installations make clear that fire and safety issues have still not been adequately addressed.

Gamesa has had at least five legal actions filed against it involving U.S. wind projects over warranty disputes for hefty repairs and lost production.  That includes  $34.5 million in turbine repairs at the Kumeyaay Wind Farm in on the Campo Indian reservation locally.  A witness told ECM that he saw a blue flash that radiated out through the wind farm during a storm in December 2009 before the project went dark.  All 75 blades on all 25 turbines were replaced and the facility was offline for three months.  (View court documents). Gamesa blades suffered from “design and manufacturing defects,” the suits allege, Recharge News has reported.

San Diego Supervisor Dianne Jacob has voiced grave concerns over fire dangers posed by wind turbines in our backcountry, but other Supervisors ignored the fire risks, pushing through approve of the Tule Wind project as well as a County wind ordinance that opens up more rural areas for wind energy development. Yet these remote communites lack specialized firefighting forces such as the team used to ultimately quell the Netherlands wind turbine fire – and in on many days lately, have no fire station open at all, fueling growing safety concerns among residents.

Posts from This Journal “Происшествие” Tag

Posts from This Journal “Происшествие” Tag